Brahmos will be installed on Scorpenes 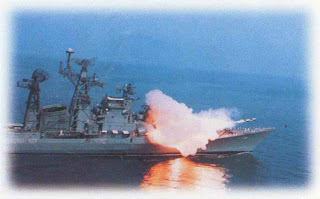 The Indo-Russian 'Brahmos' supersonic missiles will be installed on Indian 'Scorpenes' submarines, the 'BrahMos' JV co-director Alexander Maxichev said recently on EuroNaval show in France. 'The missile is ready for launching from subsurface platforms'  - he said. Maxichev explained, that the results of the Indian competition for additional number of submarines will be known soon, and 'we (BrahMos) push for installation on these missiles on them'. Indirectly his message confirms 'Scorpene' is the winner of the tender.

Maxichev also said that the first 'Brahmos' test on new 11356 frigates build for India is planned for early 2011. He pointed out that 'despite some delay in frigates building there is no any delay in Brahmos production'. The propulsion system of this missile is developed and maid in Russia while the guiding system and launcher are developed by Indian side.
Posted by Igor Djadan at 11:10 PM 18 comments:

These pictures are from the Kaliningrad 'Yantar' shipyard newspaper, including VLS installation pictures. 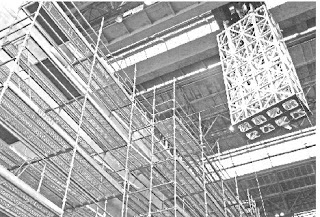 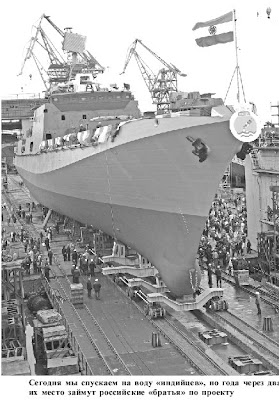 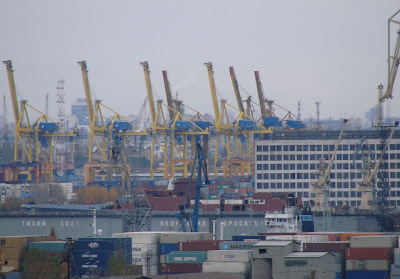 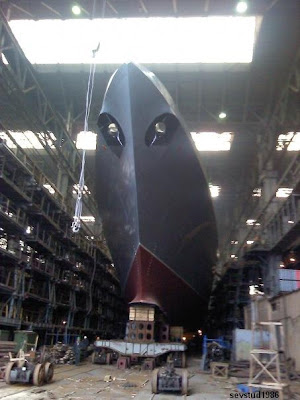 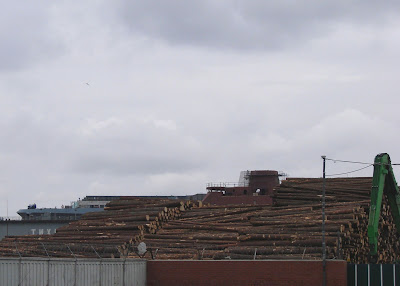 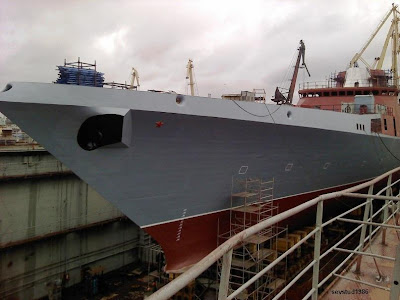 Nerpa will go to India soon

Despite previous reports about further delay in delivery the Akula-II class SSN to India, the Russian military-industrial source confirmed Nerpa is ready to go to India. After the last India-Russia intergovernmental commission session the RosoboronExport Director General Anatoly Isaykin said to Russian news agency ARMS-TASS, that Nerpa will be transferred to India this year. 'There is no delay in the tests' - he said. As was reported before, the Indian crew will come to Vladivostok, conduct testing in open sea and then the act of transfer must be signed. The submarine will go to India guided by its Indian crew.

Between other news, leaked after the Russia-India military-tech cooperation meeting,  RosoboronExport chief hinted the further spending for the joint PAK FA\FGFA program will be calculated with regarding to the fact that the Russian side has already spent a lot of money for PAK FA project, i.e. may not be equal. 'In fact we already have the plane for our sevice (PAK FA), now the advanced export variant development is needed' - he said. He expects signing the final agreement till year end.

In addition, the new deal for Su-30MKI aircrafts supply to India is prepared and even can be signed this year, the RosoboronExport source said.
Posted by Igor Djadan at 10:51 PM 8 comments: