Saras-Duet saga is resolved for good 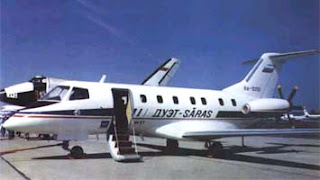 As the Russian Interfax-AVN news agency reported in Sept. 8 the light 14-passengers aircraft Saras will follow the modernization according to Myasishchev's specialists recommendations. 'Till today the part of the work was already done. Particularly the expertize of what already done by the Indian specialists was conducted. The package of propositions for modernization was formulated' - said the source in Russian military-industrial complex. 'The second stage of the work is planned to start in Oct. 2010 and finish during the year, although elongation of this schedule is not excluded' - he considers: 'It will be more specific work on finishing, including ground tests. Not much changes in design is expected, but the questions about the safeness and controllability are remained, i.e. the problems which were not resolved by Indians'.

It seems to me that despite all voices of ill wishers the prospects of cooperation between Russia and India are sound as usually and the joint military exercises are planned again. This time it will be the air forces exercises. 'The common exercises will certainly be hold during next years' - said Ru AF chief Alexander Zelin after his visit in India, RIAN new agency reported 10.09.11.

The proposal has already been submitted for consideration to the governments of the two states. The joint exercises, if approved, may take place in 2011 or 2012.

- First time Russian pilots will be able to compare their skill with the famous Indian aces. Till now it took years for Ru AF to recovery the level of training after 90th/early 00 fall in financing. It's the most logical cause why such exercises were not occurred till now.

Indo-Russian JV for MRTA was signed 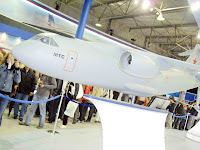 As Russian RIAN and ITAR-TASS news agencies reported, the Indo-Russian agreement for prospective medium transport aircraft development and building was signed in Moscow.
Under the deal, each party will pay $300.35 million to the JV's charter capital. Unfortunately the official English translation did not include some details, then worth to add some points.

Hindustan Aeronautics Ltd (HAL) and United Aircraft Building Company expected to sign a deal in March during Prime Minister Vladimir Putin's visit to New Delhi, but India failed to get the paperwork ready and the signing was delayed.

Manufacturing facilities will be set up both in Russia and in India. A total of 205 planes are to be made, 30% of which may be exported to third countries.

- As the MRTA Russian aircraft design house 'Ilushin' chief Victor Livanov said at the briefing, the Russian AF plan to purchase 100 planes and India - 45. It will allow to gain the manufacturing without losses. If taking the  into consideration the World civil market the prospective level of sells can gain 390 aircrafts. 'The niche of 20 t payload is the most essential on the market. MTA will become the An-12 successor' -  he add: 'First time the countries will develop, sell, give service and utilization for a transport plan'. On the first step the common engineering center will be organized in Moscow, and the Indo-Russian team will start the sketch projecting. After that on the stage of work project the aircraft will be divided to compartments, each of which will be designed by different teams composed with UAC and HAL engineers. 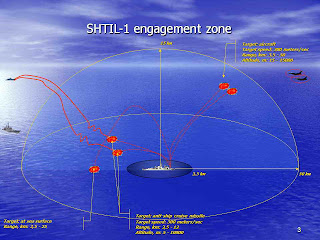 ...A serious test passed "Altair"   when working on ships built for with   "" AA system. Already in Soviet times, under a contract with , our country started to supply anti-aircraft missile systems of medium-range "Shtil" to the ships of Indian Navy. The complexes were developed by "Altair". Delivery policy documents was carried out separately for different plants, but a prime contractor, responsible for the complex as a whole, was not pointed. In the early 90-ies our equipment was supplied and installed at the Indian ships. Testing began with failures. Missiles did not hit the targets. Who's to blame? Each vendor has starting to prove his innocence.
Then Rosvooruzheniye "addressed to Altair and required          sending a team of specialists headed by chief designer Alexander Sergeyevich Yevstigneyev to deal on the spot. And here revealed the failures of Indian designers on placement of equipment, the choice of general ship radar and other interfaced with SAM "" systems. Our     shipbuilders  were not up to par too. It was spoken about inability of our complex to provide the required characteristics.
Read more »
Posted by Igor Djadan at 10:23 AM 21 comments:

An effective naval target search and destroying in blue water is impossible without a global target acquisition and weapon guiding system. In soviet time this role was given to the epic MKRTs 'Legenda' system. It has included two arms: 1) weapon guiding satellites US-A, 2) ELINT satellites, US-P. The weapon guiding subsystem was composed from US-A radar equipped sattelites, developed by NPO Mashine-building (Reutov, Moscow region) and manufactured in San-Petersburg's 'Arsenal' facility.