The new 5th  generation fighter prototype T-50-1 ('izdelie 701'), developed within the framework of the Indo-Russian PAKFA/FGFA program, has made its first flight at Jan. . It was 47 min on the air. Despite the wrap of secrecy, the look of the fighter appeared very close to that, previously described in the most reliable Russian publications. So, everybody can now compare what was said about the PAK FA specs before, and what exists actually.

Now it is clear, that in its airframe design the fighter is closer related to American F-23 prototype, than F-22 or JSF, but with bigger internal payload bay. However, it has unrepeatable impress of Sukhoi design house, clearly looking as a thoroughbred Su-linage. According to the most reliable estimations, T-50 has 10 internal and 2 additional external hardpoints on the wings (the 'mystery' triangle thickening under the wings). With this great payload capability and much space for the fuel T-50 can became a true military 'workhorse' of the future battlefield!
From relatively unexpected moments the controlled LCA-like LERX must be noted.  It demonstrates the designers' assertiveness (if not hardball) in field of the super-maneuverability. With currently installed 14.5 t thrust 'izdelie 117' and futuristic 17,2 t thrust Al- engine the plane can take off from a 300-  horizontal airfield or even a highway. Also, the multiplicity of controlled aerodynamic surfaces, which make precision landing easier, is an indication about intention to use the plane in the future as a carrier-based platform . However, the capability of the aircraft to land on Vikramaditya-size carrier (40 kt) is not yet clear.
The nozzles was designed round, as expected, which provoked speculations about problem in IR and radar stealthness from rear hemisphere. However, the program chief has explained early, that IR and radar observability reduction was achieved not worse than on American 5th gen. fighters, but in different way. The 1st prototype has no TVSs but it's certainly formulated as a part of the program and already developed by 'Klimov'.
The triangle form of the wings is optimized for supersonic maneurability, and indirectly confirms the supercruise capability of the aircraft. On other hand the cross-section of the nose-cone is not so flattened, as was predicted according to flattened AESA form.
As Putin's deputy has officially declared, the prototype already has an installed data link which allows it the battlefield communication. According to him the new 5th  gen. avionics, the 'electronic pilot', allow to pilot concentrate its efforts on the battle instead of the piloting. In addition: it has an advanced HOTAS type control. However, Russian PM Putin itself said after the fly, that the designers 'have much to work' on the fighter's weapon and engine. The program is described by the cabinet as the 'first priority military program', and its 100% financing will continue despite the world financial turmoil.
A somewhere disappointing is the old fashion look of the cockpit,  but this can relatively easy   be improved till entering serial production. The information about the tender for a frame-less cockpit is already published. However, the riveting is relatively smooth and minimalistic comparing to JSF for example. The additional bulk RCS reduction in different diapasons will be achieved by new Russian nano-structural coating technology.

Signal and mission processor: based on the new fully Russian 6-core VLIW chip 'Elbrus-2S' based on 2-scalar cores  ('Elbrus-S') + 4 signal cores  (Elvees)  . 40 MFlops. The fighter will have at least 4 'Elbrus'2S' chips in its processor unit.
The production is planned to be started till 2013. Then, according to the PM's publicly announced decision, the first batch of fighters has to come to the practice center in 2013, and in 2015 the fighters have to be on service.
The former Sukhoi's chief (now working with 'MiG' in UAC directorate) and the 'father' of PAK FA program Mikhail Pogosyan said after the flight, that the United Air-building Corporation (UAC) will follow to work with the Indian counterparts on this program and he is sure, that this product will catch the world market too.
I personally estimate the fighter (in single and two-sitter configuration)  jointly produced in and can be exported to Russian and Indian friendly countries around the world. The list of the countries who can afford T-50, includes in the first place those, who already use Soviet/Russian fighters in AF and want generation upgrade. It could be , , , , , and in some circumstances – . The second line, if economically improved, the follow states could become T-50's customers too: Vietnam, , , ,   and even (if more realistic president will be elected). However, I think, has zero chance to be allowed for T-50 import for obvious reasons.
Other problem is the unfair competition, sometimes accompanied by huge kickbacks. The natural competitors of Indo-Russian T-50 on the world market is JSF and the 4+ gen eurojets. If aggressive marketing of those planes succeeds, the prospects of PAK-FA/FGFA program may be worse for simple reason of fund devastation. I'm not sure, how this fact is reflected in political consciousness in two countries.  Methinks both countries must concentrate maximum efforts on their most advanced fighter program instead supporting third part foreign competitors by massive purchases. 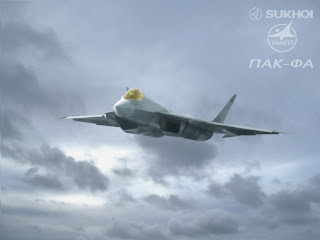 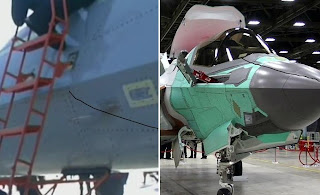 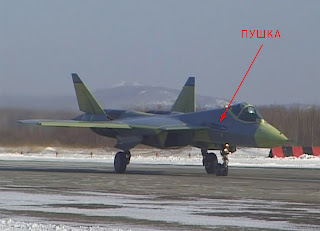 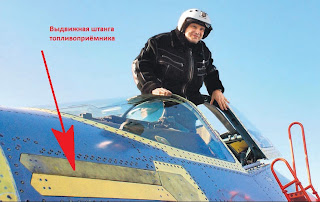